And in reverse, Neville Roscoe, the hero of THE LADY RISKS ALL, appears in THE EDGE OF DESIRE (Bastion Club novel) and in THE RECKLESS BRIDE (Black Cobra novels) and his side-kick Jordan Draper appears in LOVING ROSE: THE REDEMPTION OF MALCOLM SINCLAIR (from The Casebook of Barnaby Adair novels).

The world of Regency London was relatively small, and the upper echelons of that society was smaller still. People did know each other, and, then even more than now, people worked with those they knew. Although, with such works as THE LADY RISKS ALL, my Regency-era world expands, it is still the same world.

And who knows? At some point, a novel that started as a stand-alone work may become the foundation for another groups of novels. 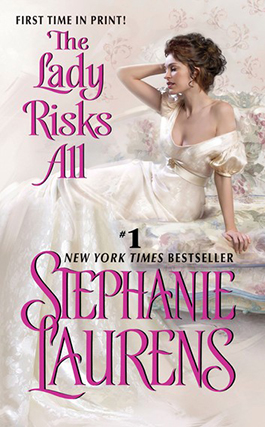