The Legend of Nimway Hall

A love invested with mystery and magic sends ripples through the ages.

Long ago in a cave obscured by the mists of time, Nimue, a powerful sorceress and Merlin’s beloved, took the energy of their passion and wove it into a potent love spell. Intending the spell to honor their love and enshrine it in immortality, she merged the spell into the large moonstone in the headpiece of Merlin’s staff. Thus, when Merlin was far from her, he still carried the aura of their love with him and, so they both believed, the moonstone would act as a catalyst for true love, inciting and encouraging love to blossom in the hearts of those frequently in the presence of the stone.

Sadly, neither Merlin nor Nimue, despite all their power, foresaw the heart of Lancelot. A minor adept, he sensed both the presence of the spell in the moonstone and also the spell’s immense power. Driven by his own desires, Lancelot stole the headpiece and used the moonstone’s power to sway Guinevere to his side.

Furious that the spell crafted from the pure love of his and his beloved’s hearts had been misused, Merlin smote Lancelot and seized back the headpiece. To protect it forevermore, Merlin laid upon the stone a web of control that restricted its power. Henceforth, it could act only in response to a genuine need for true love, and only when that need impacted one of his and Nimue’s blood, no matter how distant.

Ultimately, Merlin sent the headpiece back to Nimue for safe keeping. As the Lady of the Lake, at that time, she lived in a cottage on an island surrounded by swiftly flowing streams, and it was in her power to see and watch over their now-dispersed offspring.

Time passed, and even those of near-immortality faded and vanished.

The land about Nimue’s cottage drained, and the region eventually became known as Somerset.

Generations came and went, but crafted of spelled gold, the headpiece endured and continued to hold and protect the timeless moonstone imbued with Nimue’s and Merlin’s spells…

Over time, a house, crafted of sound local stone and timbers from the surrounding Balesboro Wood, was built on the site of Nimue’s cottage. The house became known as Nimway Hall. From the first, the house remained in the hands and in the care of a female descendant of Nimue, on whom devolved the responsibilities of guardian of Nimway Hall. As decades and then centuries passed, the tradition was established that in each generation, the title of and responsibility for the house and associated estate passed to the eldest living and willing daughter of the previous female holder of the property, giving rise to the line of the Guardians of Nimway Hall.

THE GUARDIANS OF NIMWAY HALL

through the mists of time 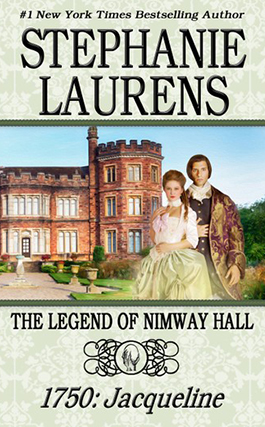